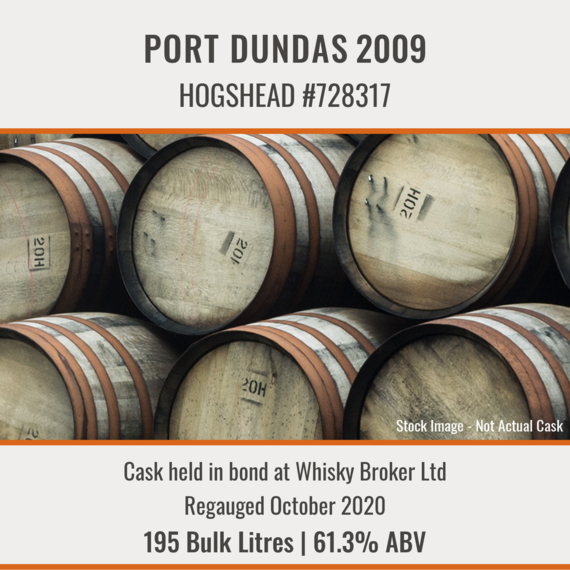 This lot offers the fantastic opportunity to own a hogshead of Port Dundas single malt scotch whisky, distilled in 2009.

Originally filled with Port Dundas spirit on 16th November 2009, the whisky has since been maturing in a hogshead (cask number 728317) which is currently held in bond at Whisky Broker Ltd.

The cask was regauged on 2nd October 2020 summarising the following: