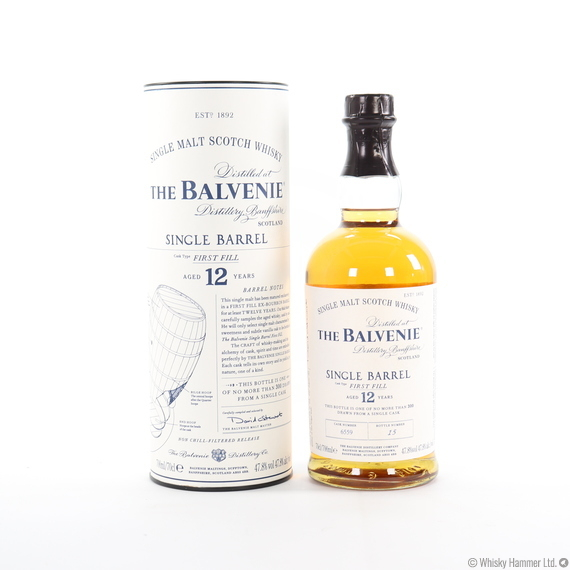 From Balvenie's classic 'Single Barrel' series; a 12 year old single malt which is drawn from a single traditional oak whisky cask of a single distillation.