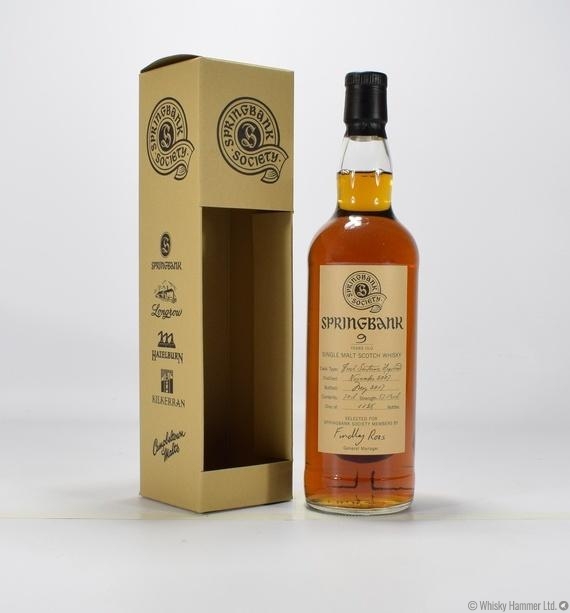 Distilled in November 2007 and bottled in May 2017 for members of the Springbank Society.

This is one of only 1128 bottles produced.