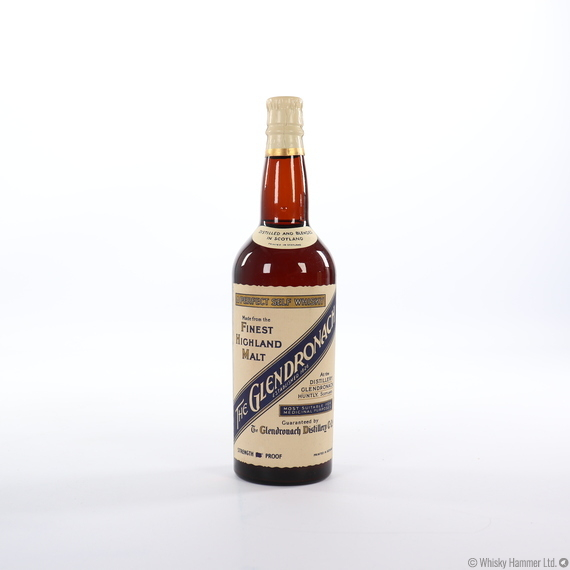 During his role, Charles factored and provided legal services for many distilleries and estates, and was known to do business with a number of bottling/blending companies such as Gordon & MacPhail and Campbell, Hope & King.  Charles also did business with the Balnoon estate - this land neighbours the Glendronach distillery and is the water source for Glendronach to this day.

Charles sadly passed away in August 1981, leaving behind some 'one of a kind' bottlings of Macallan and Glendronach - these whiskies are believed to have been bottled from casks that were gifted to Charles for his services.

This particular bottle of Glendronach has been bottled at an unknown strength in the 1940/50s era. A fantastic piece of whisky history.

Please note the box shown in the lot photos will not be sent with the bottle - it is being retained by the seller.