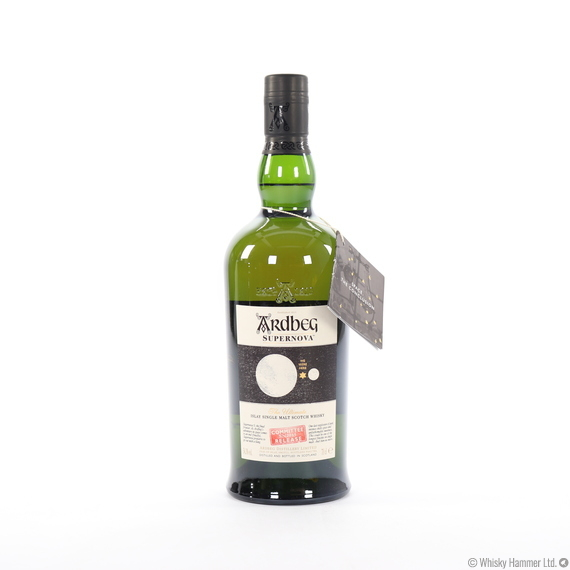 The Ardbeg Supernova 2015 is a Committee bottling of Ardbeg celebrating Ardbeg’s experiment in space.

An incredibly peaty whisky - one of the peatiest whiskies on Earth - yet it is also intensely spicy and unfathomably sweet.

This bottle has been hand signed by Distillery Manager Mickey Heads