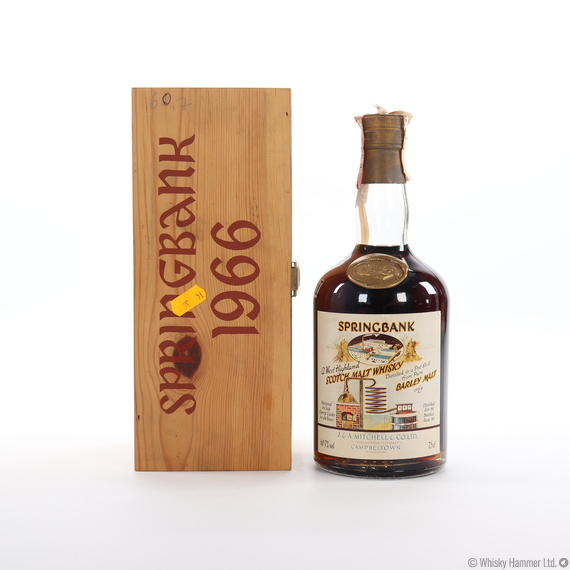 A very rare Springbank single malt distilled in January 1966 before maturation for 24 years in an Oak Sherry Cask then bottled in June 1990 at natural cask strength from a single cask.