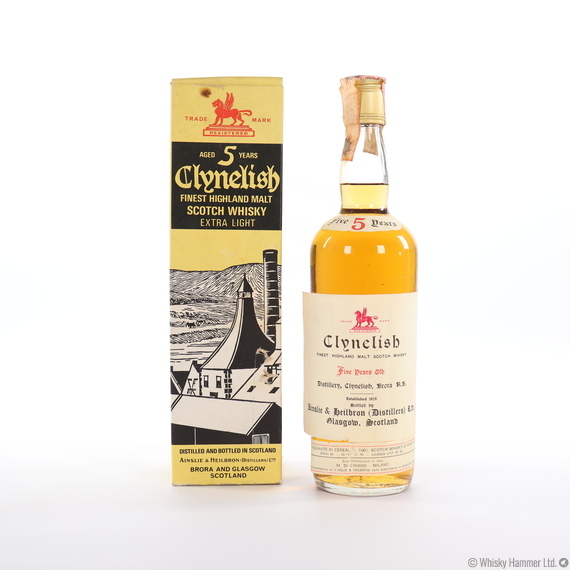 An extremely rare 1970s bottling of Clynelish bottled by Ainslie & Heilbron Distillers and distributed by Di Chiano, Milano in Italy.

This represents an early example of the 5 year old, and will contain single malt from the original Clynelish distillery, now known as Brora distillery.