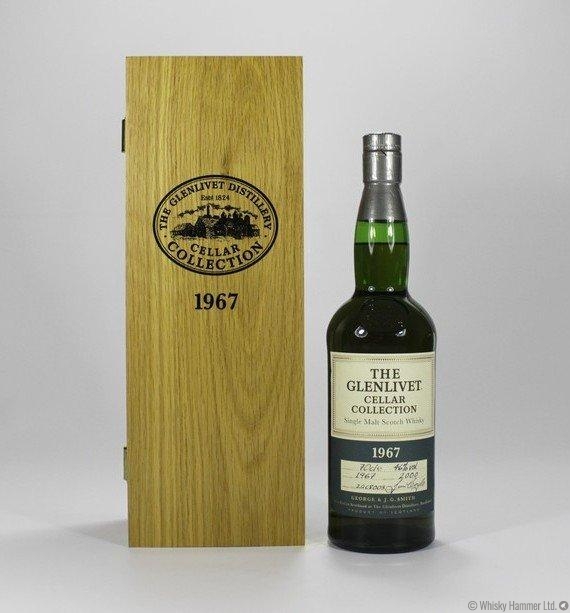 A very rare whisky from the Glenlivet distillery in Speyside - distilled in 1967 and bottled in 2000 after 33 years of maturation.  This Glenlivet was bottled as part of the Glenlivet's "Cellar Collection" range, specifically selected by Glenlivet Master Distiller, Jim Cryle.