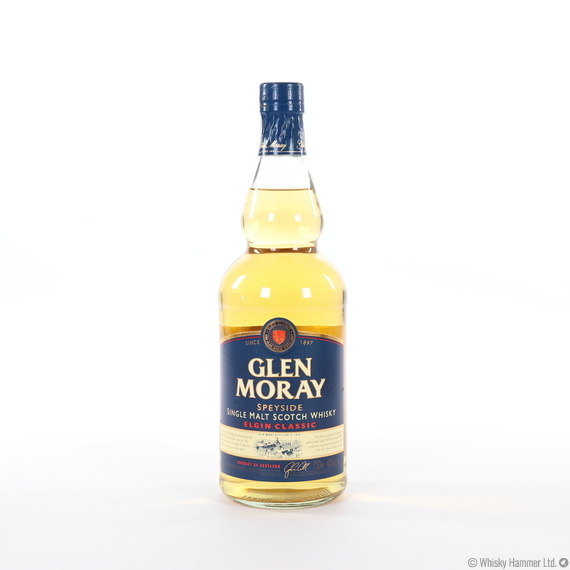 Matured in traditional, low roofed warehouses allowing its light and refreshing character to emerge.  A subtle Speyside malt, Glen Moray is matured in oak casks producing a whisky which is light gold in colour and gently spiced with fruity butterscotch notes.