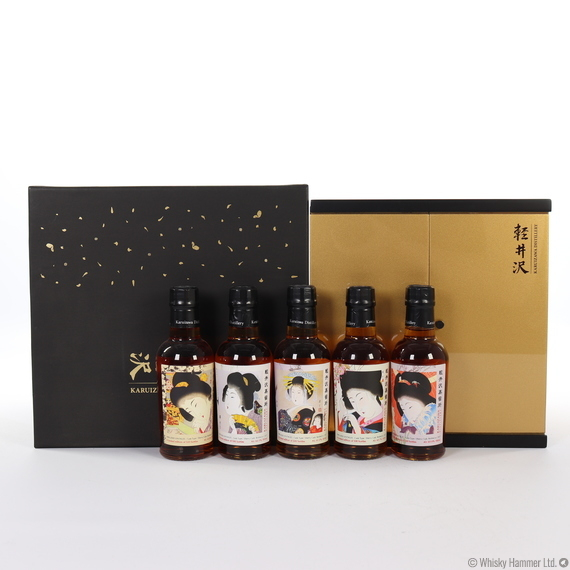 This incredible Karuizawa set has been named "The Golden House Of Five Mistress" as it houses five 18cl bottles depicting Geishas.

All of the whiskies have been bottled at the following cask strengths from sherry casks.