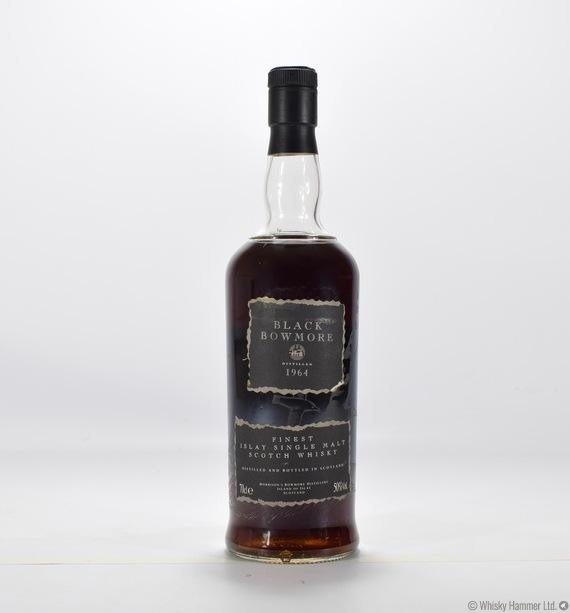 The first edition of the legendary Black Bowmore - distilled in 1964 and matured in oloroso casks for 29 years before being unleashed on the world.

Only 2000 bottles of this were released and there are hence have become a real rarity.

Please note this bottle is understood to have been re-worked with a lead capsule: applied by Morrison Bowmore Distillers, due to original wax seal broken, which is quite common with the first edition.  As a result, the top part of the front label has also slightly slid down the bottle with age with signs of the existing glue on show.

Note the bottle number has also been blacked out on the back label.