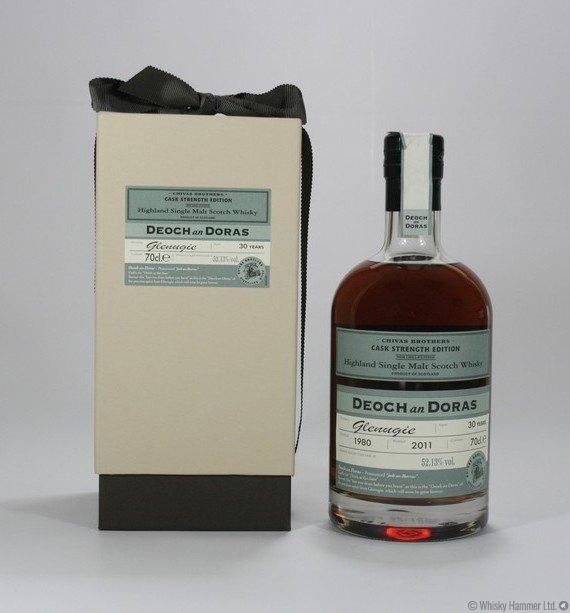 "Deoch an Doras" is loosely translated as 'drink at the door', a range of bottles released by Chivas Brothers.

From the sorely missed Glenugie distillery (silent in 1983 and now demolished), this whisky was distilled in 1980 before being bottled at 30 year old in 2011.