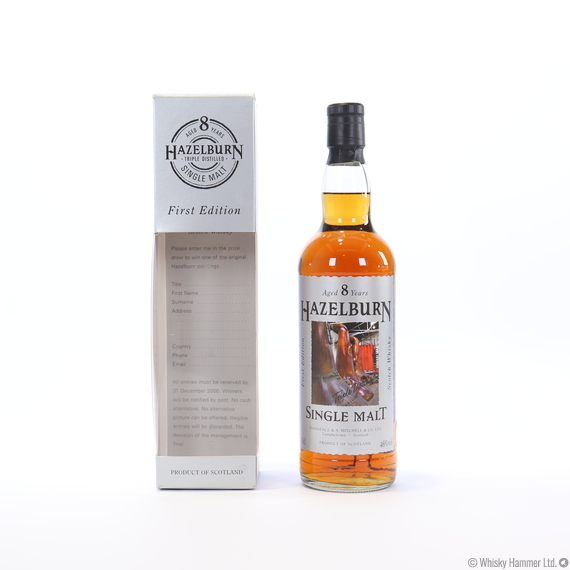 Triple distilled at the Springbank distillery, Hazelburn's 8 year old unpeated single malt whisky is one of three malts produced at the distillery in Campbeltown.

This is one of only 5100 bottles produced.