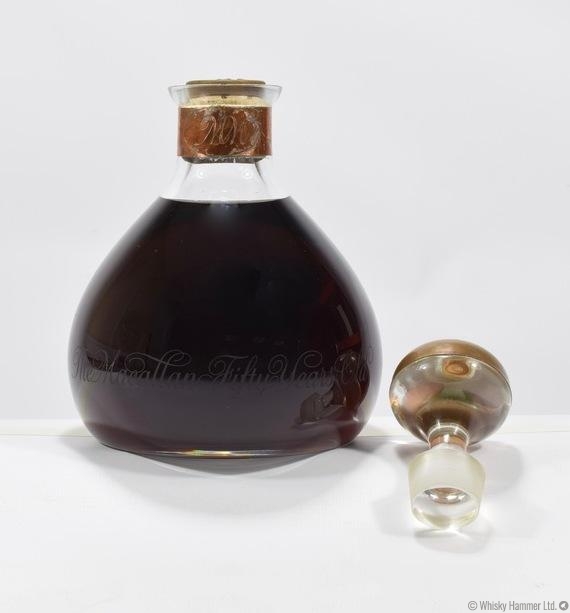 Released by Macallan to commemorate the new millennium, this whisky is among the most sought after bottles in the world - distilled way back in 1949 (14th January) and released at 50 years old the whisky is presented in a stunning decanter designed by Caithness Glass.

The bottle is also accompanied with a stopper whereby the copper used both on the stopper and around the neck of the bottle was retrieved from the No. 9 spirit still at the Macallan distillery.  Note the copper around the bottle neck has tarnished a little with age.

A truly exceptional and luxurious bottle presenting the unique opportunity to own one of only 900 bottles ever released.