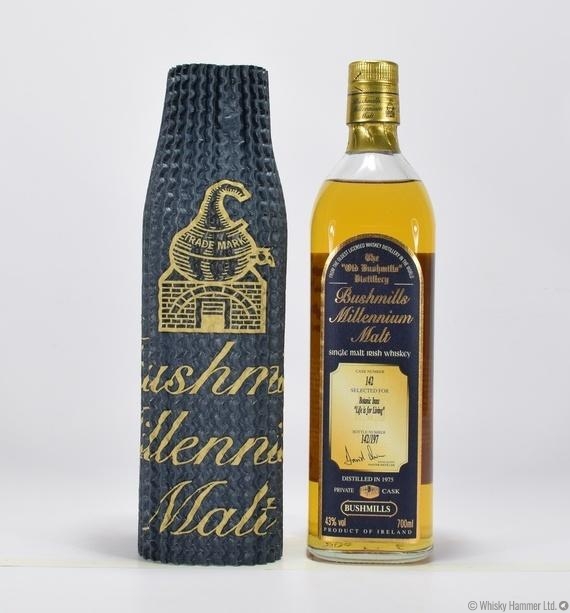 A Bushmills Millenium Malt, distilled in 1975 from Cask Number 142.