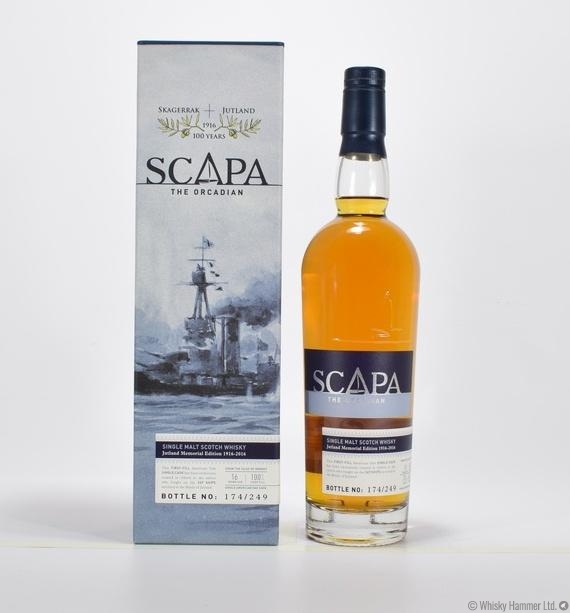 Scapa distillery is a Scotch whisky distillery situated on The Mainland of Orkney, Scotland on the shore of Scapa Flow near the town of Kirkwall. Scapa is the second most northern whisky distillery in Scotland, being half a mile farther south than the Highland Park Distillery.

The distillery has one wash still and one spirit still producing a single malt whisky. It is an especially honey flavoured whisky, and less peaty than most Island Whiskies. This is because, though the water at the source is peaty, it gets transported to the distillery through pipelines to avoid more contact with the peat. Furthermore, the malt is not dried over peat smoke.

This 16 year old single cask bottling from Scapa was released in 2016 to commemorate the 100th anniversary of the Battle of Jutland, which occured in 1916.

A first fill American oak single cask was exclusively created in tribute to the sailors who fought on the 249 ships that were involved in the Battle of Jutland.