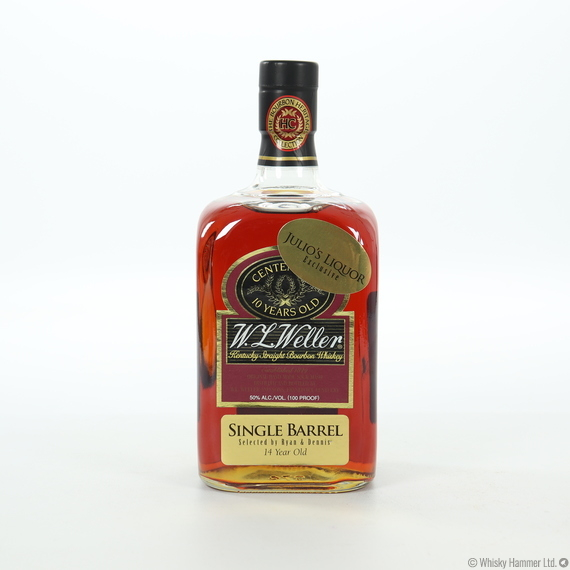 In the early 2000's liquor stores would go to the distillery to choose barrels to stock in their shops that were older that the standard releases. Rather than create new labels for each release, the whiskey was bottled, in this case, into a 10 year old centennial bottle then had the 14 year old single barrel sticker and Julio's Liquor exclusive sticker added.