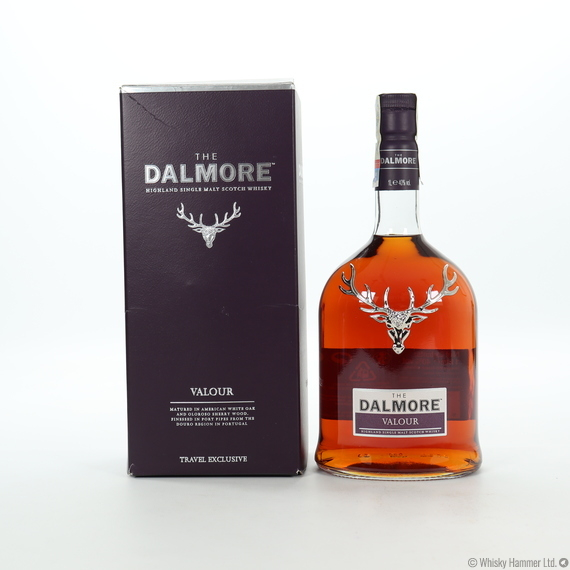 "The Dalmore" Distillery is located in Alness, which is 20 miles North of Inverness. It sits on the banks of the Cromarty Firth overlooking the Black Isle, the "big meadowland", from which it takes its name.

The Dalmore distillery is owned and operated by Whyte and Mackay Ltd, which is owned by Philippines based Emperador Inc.

The Dalmore Valour was initially released exclusively for the travel retail market, crafted to honour the Clan Mackenzie's legacy and their abiding influence on the Highland malt.

Matured initially in American ex-bourbon casks, the spirit is then transferred to 30 year old Matusalem oloroso sherry wood, before finally finessing in port pipes from the Douro region in Portugal.