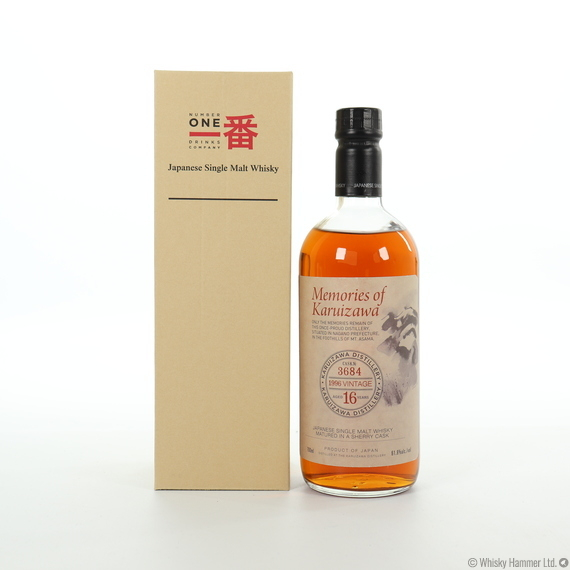 A limited bottle of 16 Year Old Karuizawa whisky, distilled in 1996. Matured in a single sherry cask (#3684). Bottled at cask strength for the Memories of Karuizawa series.