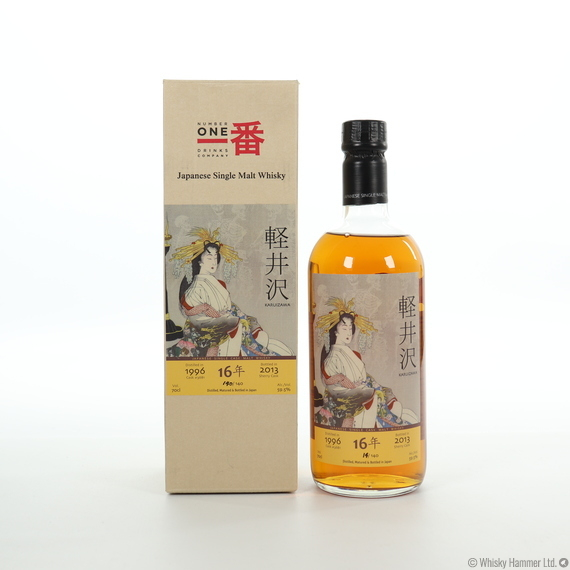 A limited release bottle of 16 Year Old Karuizawa whisky, distilled in 1996. Matured in a single sherry cask (#3681). Released as a Nonjatta exclusive in the 'New Forms of 36 Ghosts' series.

(Please note that the box and bottle numbers do not correspond.)