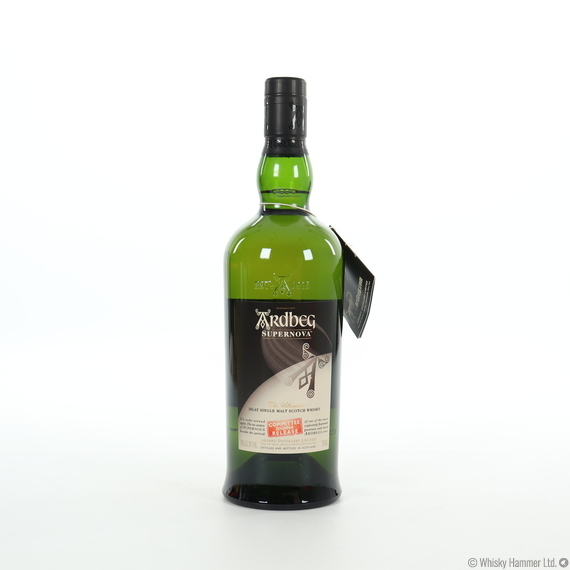 The Adrbeg Supernova (SN2014) is a limited Committee release, released in September 2014.  Bottled at high strength and non chill-filtered, one of the peatiest and sweet whiskies from Ardbeg ever.

Launched into space from earth in 2011, the spirit, from the island of Islay in Scotland, has been on a galactic journey. Specially designed for the mission, a vial of Ardbeg has been orbiting the earth’s atmosphere at 17,227 miles per hour, 15 times a day for 1,045 days. At the same time an identical vial has had a slightly easier journey, having been housed at Warehouse 3 at the Ardbeg Distillery on Islay to act as a control sample. Now that the two samples have be reunited and bottled you have the chance to enjoy something literally out of this world.