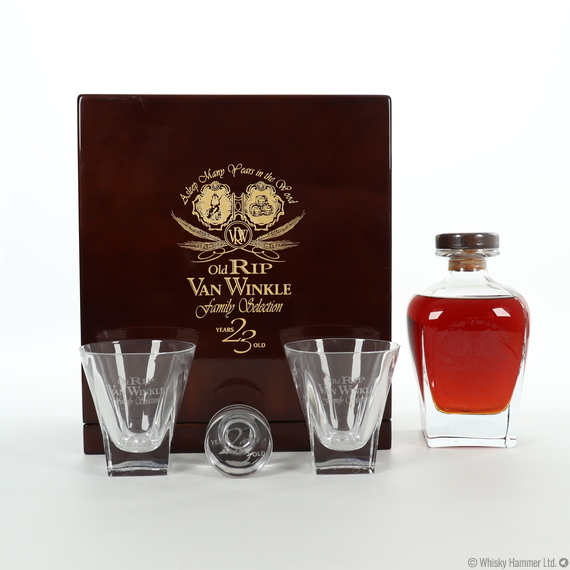 This very rare hand-filled crystal decanter of the 23 year old is the first time the Van Winkle bourbon has been bottled at a proof other than 95.6. Hand selected 23 year old barrels from a 50 barrel selection distilled in 1986.

This is bottled at 114 proof and presented alongside two crystal Glencairn glasses and a bottle stopper.