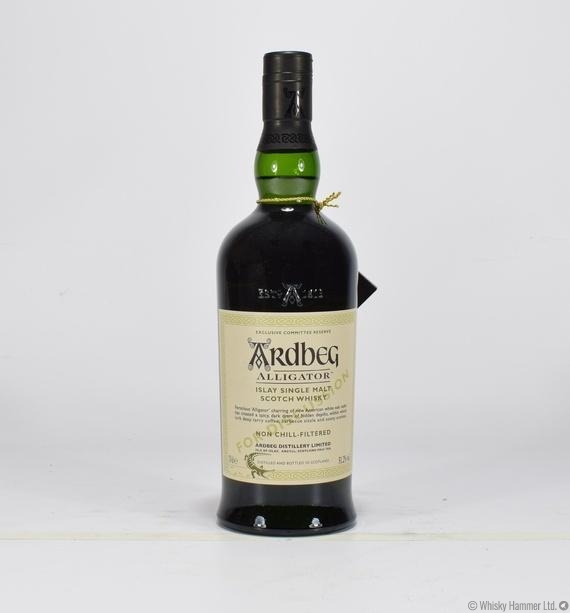 Released in June 2011, Ardbeg Alligator takes its name from the aggressive charring of the American casks the whisky was matured in.  This charring level is known as the Alligator char because the cracking of the wood under the heat looks similar to the skin of an Alligator.

The Ardberg Distillery lies on the most Southernly part of Islay and on the rugged shores of the Atlantic Ocean. Ardberg is revered around the world as the peatiest, smokiest, most complex whisky of them all.