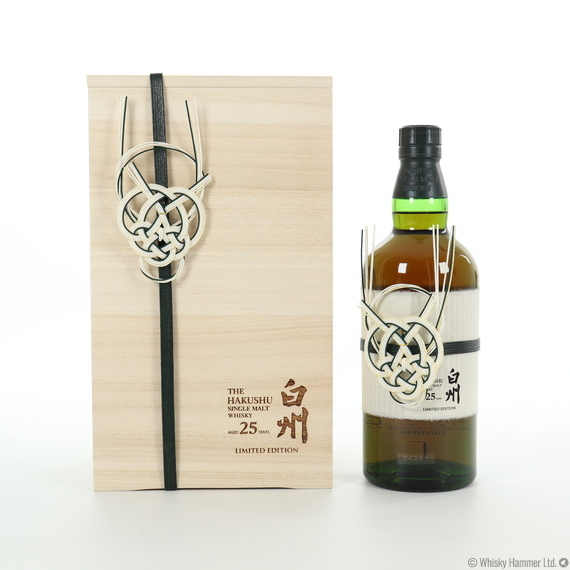 A rare 25 year old from Suntory's Hakushu distillery. An excellent distillery situated at the foot of the Japan Alps. This limited edition bottling is sealed with a five-cord ‘Mizuhiki’, symbolising the joining of the hands and hearts of the giver and the recipient: the very essence of Japanese hospitality.