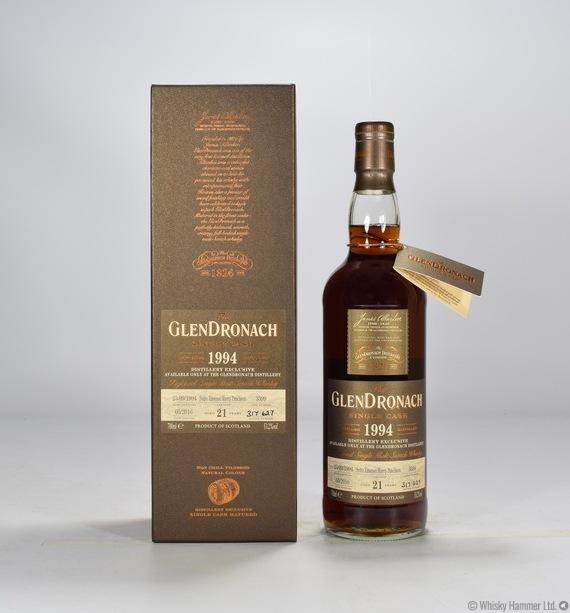 One of Glendronach's most sought after range, and becoming very rare, this 21 year old whisky was distilled in September 1994 and matured in a Pedro Ximinez Sherry Puncheon before being bottled from the single cask (# 3399) in May 2016.

The cask produced only 627 bottles, of which this is bottle number 317.