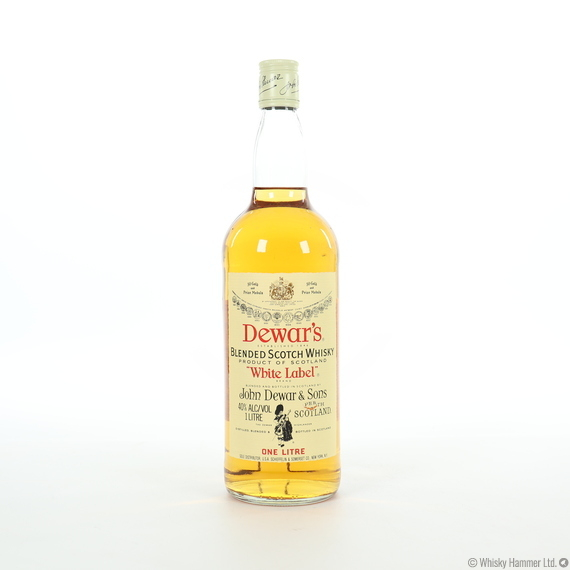 The 'White Label' Fine Scotch Whisky blend from Dewar's. This is a 1 Litre bottle.