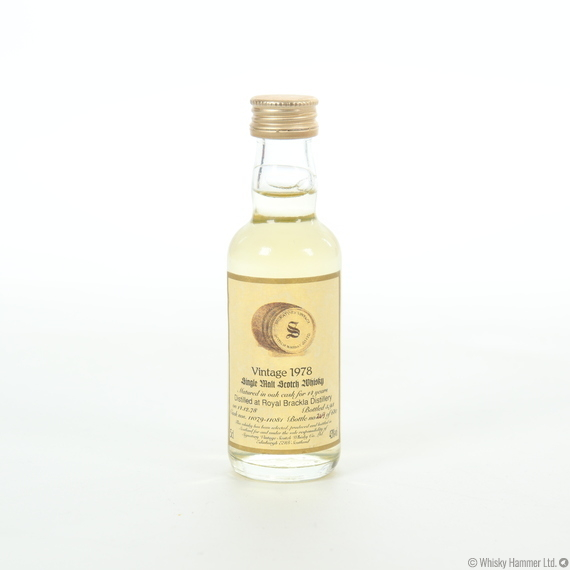 Royal Brackla has a mash tun, 12.5 tonnes and eight wash backs with a total volume of 480,000 litres. Cawdor Burn has been the constant water supply for Royal Brackla, with the Cursack Springs being used for mashing.

The distillery uses four stills to produce its whisky, two wash stills with a combined capacity of 42,000 litres and two spirit stills that have combined capacity of 42,000 litres. The fermentation process lasts for a total of 70 hours and is followed by the distillation process. Tall Royal Brackla stills, designed to allow plenty of reflux, are operated slowly in the distillation process to smooth the blend to maximise copper contact and produce a light spirit. The final stage is maturation and this takes place in oak casks.

A 14 year old Signatory Vintage from Royal Brackla. Distilled in 1978 before being bottled in 1993.