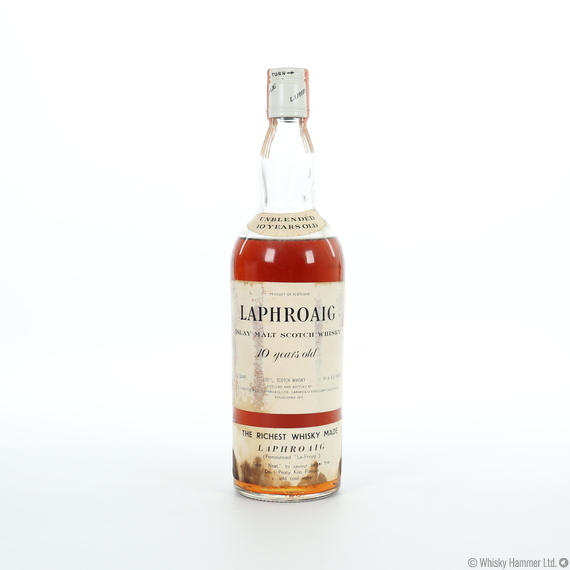 An early 1970s bottling of Laphroaig 10 year old that was imported for the US market by the Carlton Company.