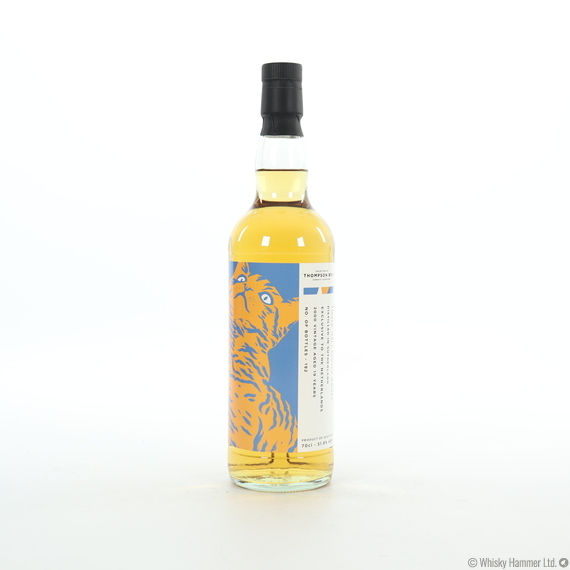 Philip and Simon Thompson announced their plans for the Dornoch distillery back in 2015, with a successful crowd-funding campaign 2016 leading to the establishment of the distillery on-site at Dornoch Castle Hotel; one of the World’s leading whisky bars in Dornoch owned by the Thompson brothers.

Housed in the Old Fire Station on the grounds of Dornoch Castle Hotel, the brothers are focussed on making a style of whisky that has been long extinct, using floor malted organic heritage barley varieties to make it, and utilising long fermentations with brewers varieties of yeast in their wooden washbacks.

Distilled at a Highland distillery in 2000 and bottled 19 years later by Thomson Brothers. This bottle is exclusive to the Netherlands.

One of only 192 bottles produced.