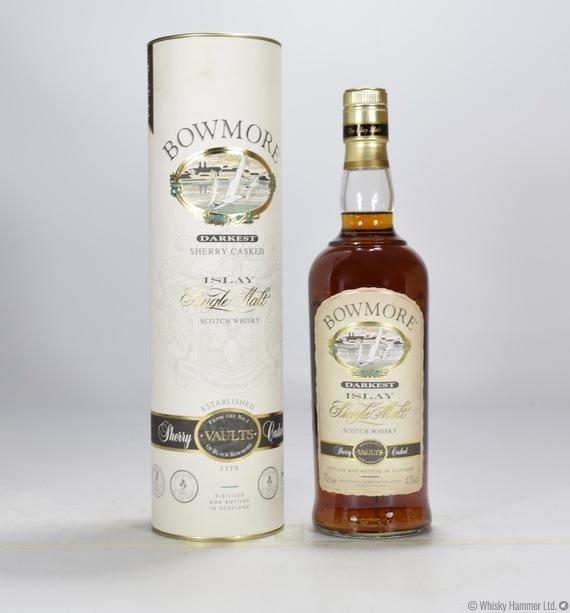 The Bowmore Darkest has sweet sherry notes which take precedence over the peat here.