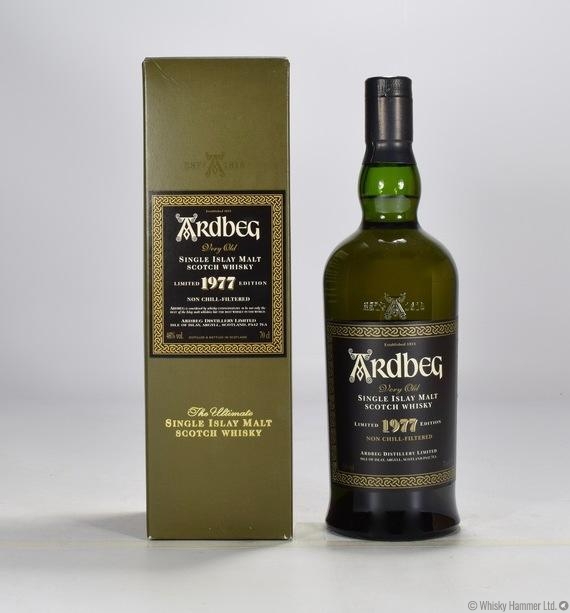 This bottle of Ardbeg is an old limited edition bottling of 1977 vintage Ardbeg.