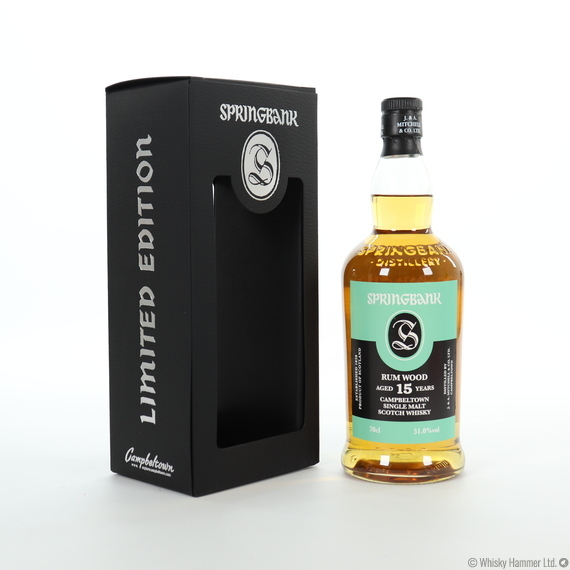 Springbank single malt whisky is free of artificial colouring, also it is not chill filtered. This will cause a slight natural haze to form when it is old but this will disappear when the temperature return to normal.