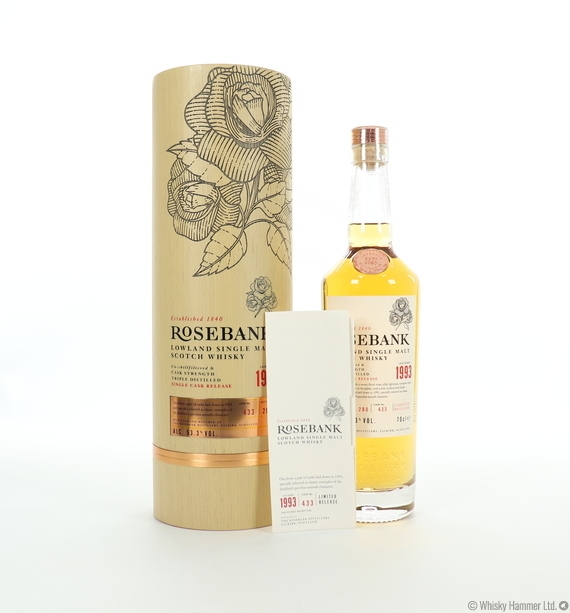 Distilled in 1993 at Rosebank distillery, this limited release bottled in 2019 has came from 2 casks specially selected to portray the distillery's peerless, smooth character.  Only 100 bottles were released for general sale.