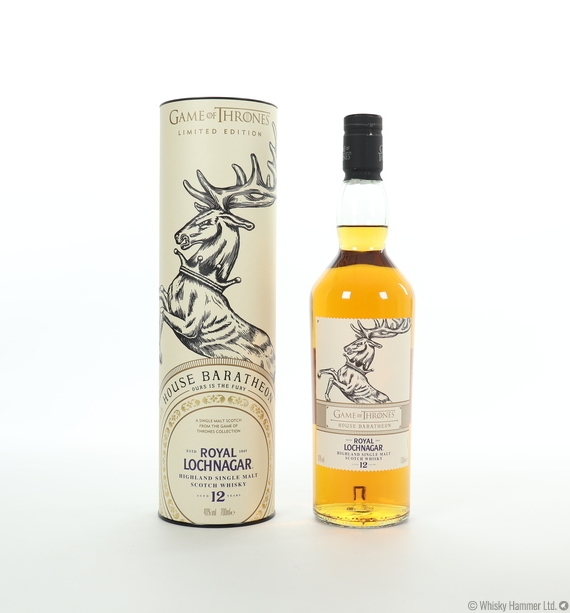 The Royal Lochnagar 'House of Baratheon' is one of 8 limited edition bottling's in the Diageo collection of Game of Thrones malts.

House Baratheon - After leading the rebellion against the Targaryen dynasty, Robert Baratheon took his seat upon the Iron Throne to rule over the Seven Kingdoms. The Baratheon stag flew on banners above the Stormlands and King's Landing and golden antlered crowns signified absolute power.  Over time, the Baratheon lords proved to be better warriors than rulers, and their house now lays in ruins.