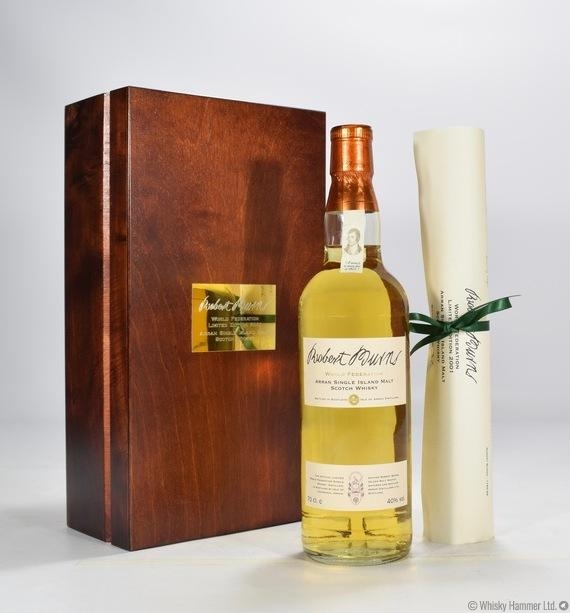 A rare bottle for the ever increasing number of Arran collectors out there.

Presented in a lovely wooden box with one of Robert Burns poems printed on a scroll.