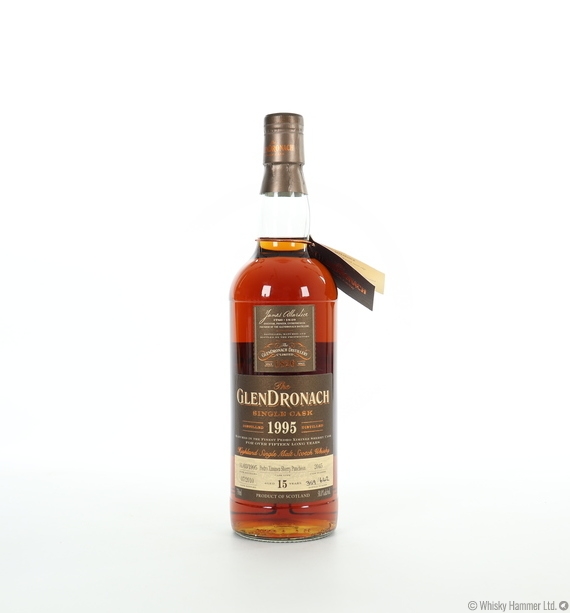 One of Glendronach's most sought after range, and becoming very rare, this 15 year old whisky was distilled in March 1995 and matured in an Pedro Ximenez Sherry Puncheon before being bottled from the single cask (#2045) in July 2010.

The cask produced only 642 bottles, of which this is bottle number 359.