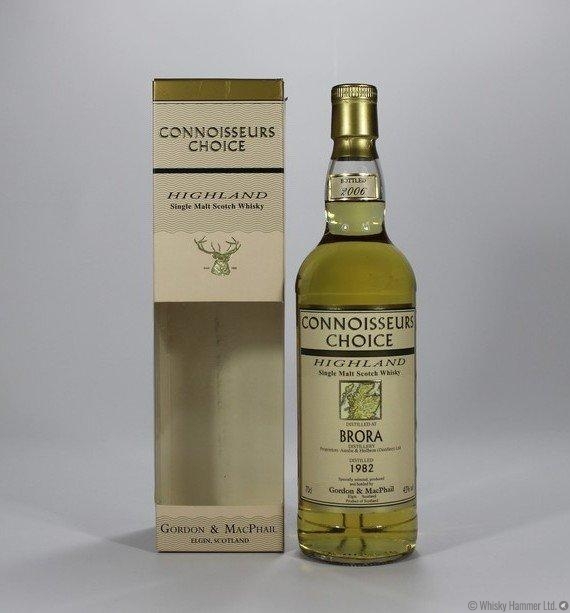 A February 2006 bottling of the now silent distillery, Brora, by Gordon and Macphail, distilled in January 1982.