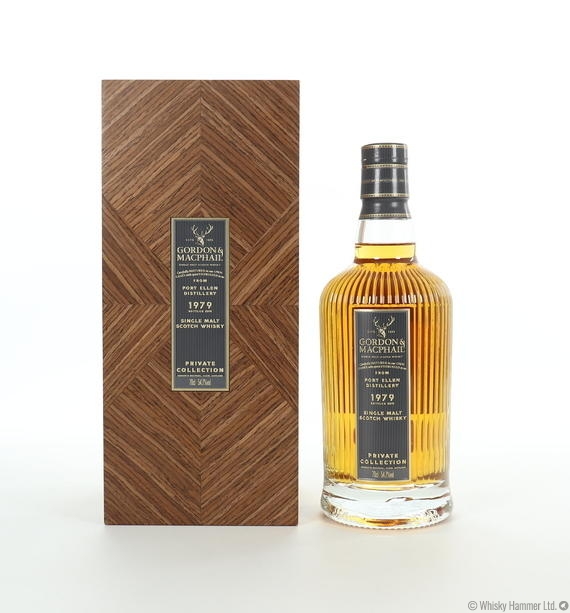 This single malt whisky from Port Ellen is part of The Private Collection series by Gordon & MacPhail. Distilled on the 11th December 1979 and bottled on the 19th December 2019 from cask 7236.

One of only 407 bottles produced.