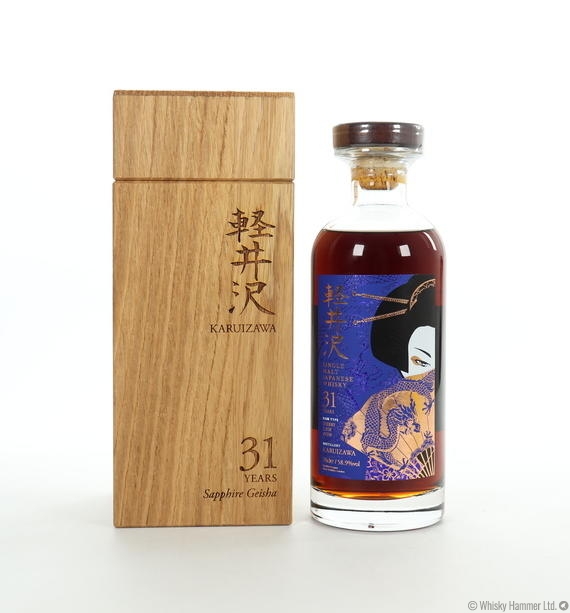 This 31 year old Sapphire Geisha is a sensational whisky from the Karuizawa distillery which stopped production almost 20 years ago.

This exclusive single cask bottle has had a long maturation in sherry cask #3558 which has produced a rich, deeply flavoured whisky.

With only 146 bottles available from this release, this is an exceptionally rare whisky.

This is bottle number 74.