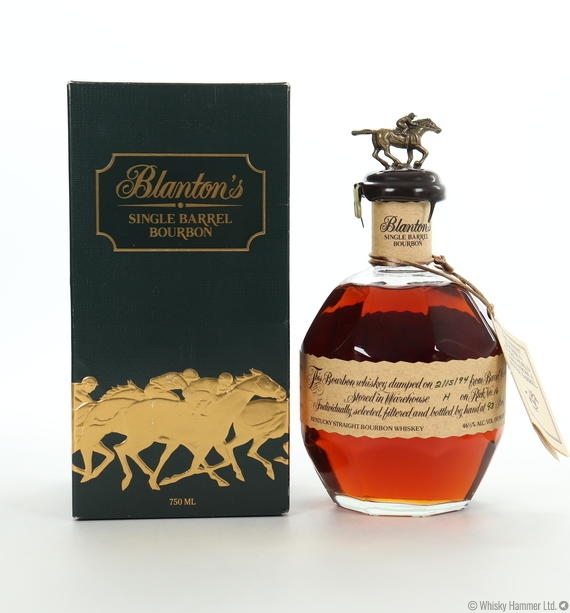 A beautifully presented bottle of Blanton's Bourbon dumped on 15th February 1994 from barrel 161.