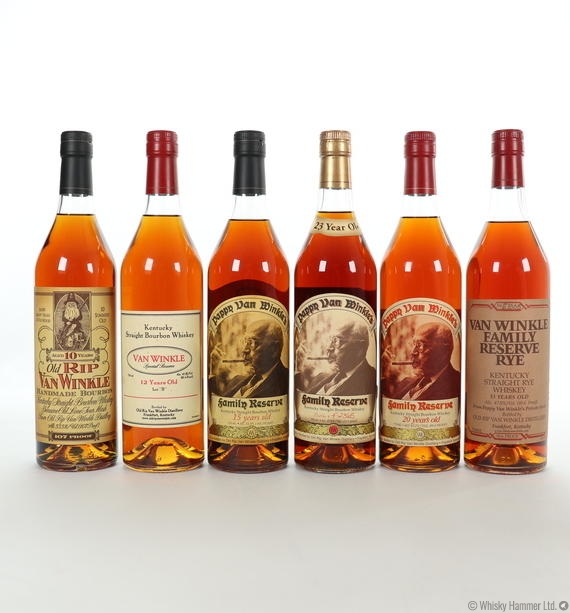 This is a 6 bottle collection of Pappy Van Winkle bottles from the 10 year old up to the 23 year old including the following;