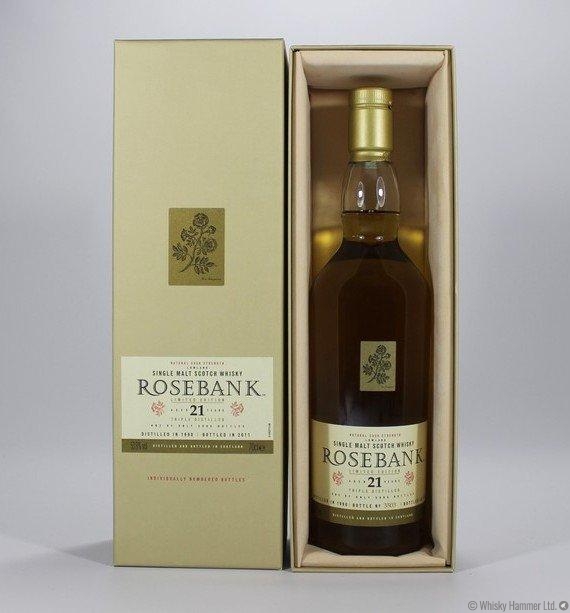 A limited edition 21 year old from the much missed Rosebank lowland distillery.

Distilled in 1990 and released within Diageo's Super Premium selection this bottling was aged in refill American oak and refill European oak casks and yielded only 5886 bottles.  This is bottle number 3503.