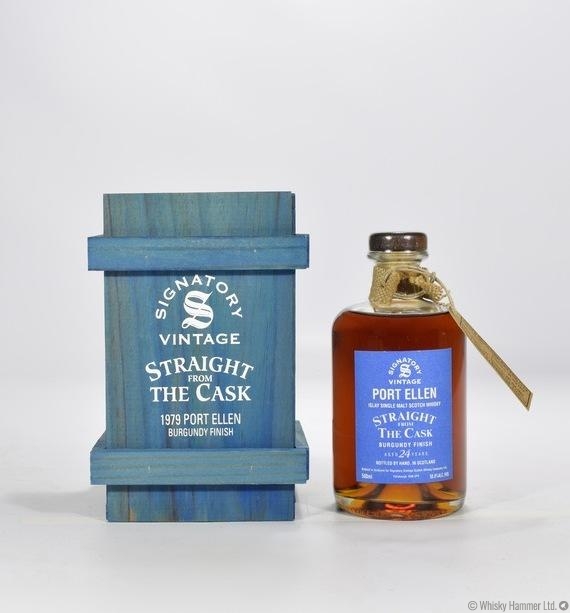 Distilled in 1979 at the now closed Port Ellen distillery, this whisky was finished in a Burgundy cask before bottling in 2004 at 24 years old.

The 50cl bottle comes presented in a lovely wooden box and is one of only 425.