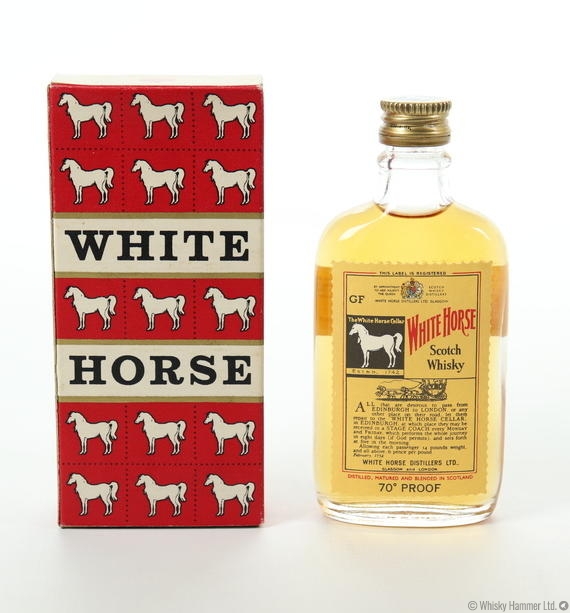 The White Horse Distillery was an Irish whisky distillery that operated in Mountrath, County Laois, Ireland.  The distillery was named after a local river, the White Horse.  The river itself is said to be so named due to the colour of the water that ran in the river as a result of the operations of a distillery in the centre of the town.

Now long gone, according to local folklore, the distillery or the brand were sold to Scottish distillers in the 1800s.  If true, this would mark an interesting change of fortunes in the distilling industries of the two countries, as similarly a named, more enduring White Horse whisky brand was established in Scotland in 1861

This is a 5cl miniature.