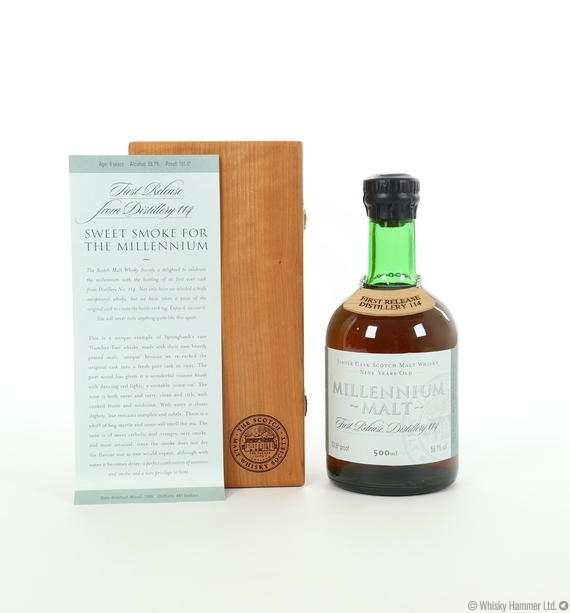 A Scotch Malt Whisky Society bottling of 9 Year Old Longrow, distilled in March 1990. Re-racked into a port cask in 1995.

One of 481 bottles produced.