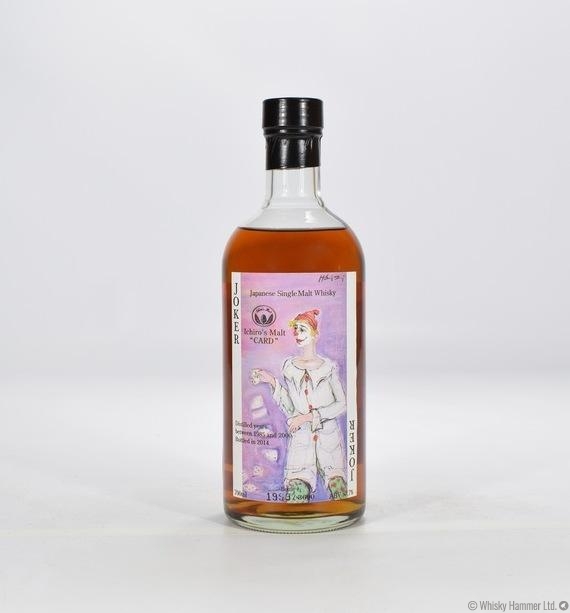 This the final bottle from the Ichiro's "Card Series" from Hanyu distillery in Japan.

The coloured Joker contains a vatting of 14 casks distilled between 1985 and 2000 including a whisky matured in sherry butt, puncheon, hogshead, Cognac, chibidaru, Madeira hogshead and bourbon casks.

This is bottle number 1999 of only 3,690 bottles which were made available.