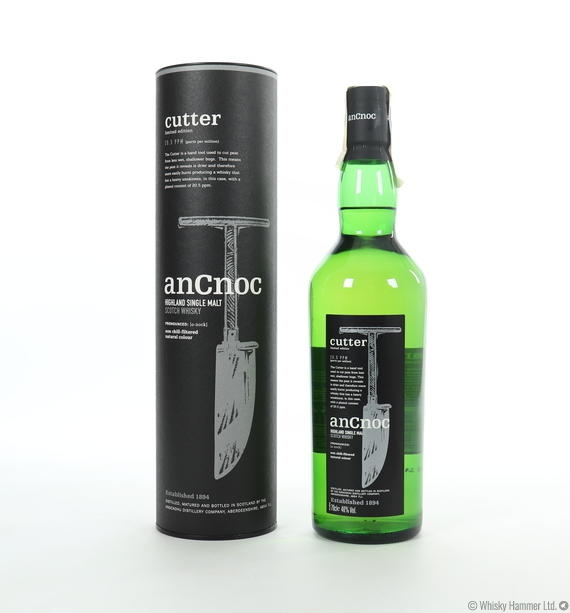 As with AnCnoc (Knockdhu)'s other peaty releases, this bottling is named after a peat harvesting tool (some of them six foot tall... probably), in this case the Cutter, which is used to cut peat from shallower, drier bogs. The drier peat is easily burnt, producing a whisky with plenty of smoke.