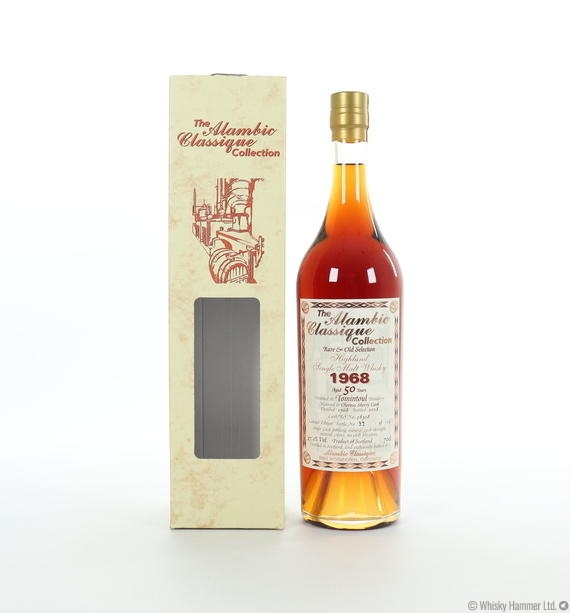 The Tomintoul-Glenlivet Distillery is a distillery in Ballindalloch, in the Speyside region of Scotland, producing malt whisky for blends and bottled as single malts. The distillery was founded in 1964. It doubled in capacity when two extra stills were installed in 1974, and started bottling single malt whisky in that year. It produces a range of single malts of different ages, a peated malt, and a vintage malt. The distillery is owned and operated by Angus Dundee Distillers, PLC, of London, England, which also owns and operates the Glencadam distillery.

In 2009 Tomintoul entered the Guinness Book of World Records by producing the largest bottle of whisky in the world, containing 105.3 litres of 14-year-old Tomintoul malt whisky.

This 50 Year Old has been nurtured in an Oloroso sherry cask having been distilled in 1968 and bottled in 2018.