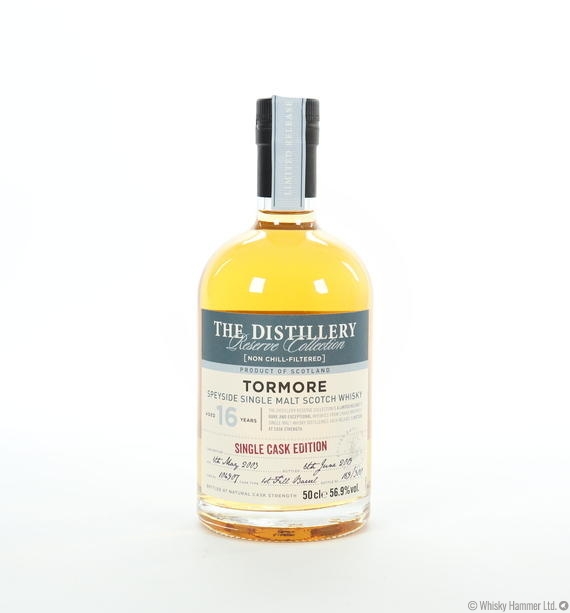 The Tormore is one of the younger Scottish whiskies, the distillery construction began in 1958 and was completed in 1960. It was the first new distillery to be built in the country in the 20th century.

A 16 year old Tormore from the Distillery Reserve Collection.  This Single Cask Edition was distilled on 6th May 2003 and bottled on 6th of June 2019 from a 1st fill barrel.