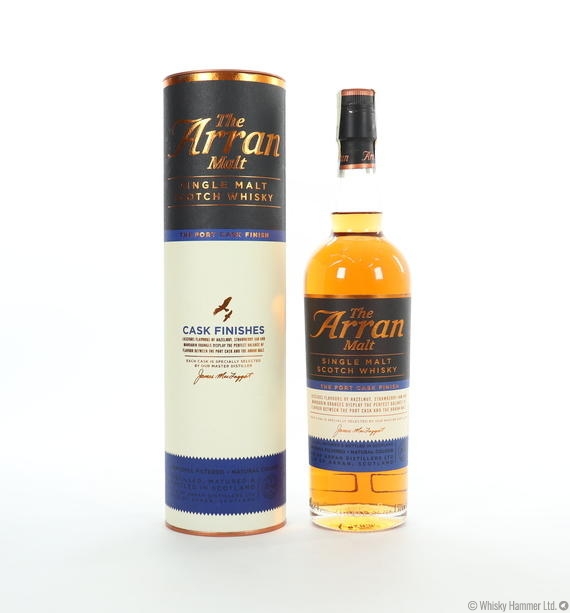 This Arran after initial maturation in traditional oak casks was then selected to be finished in Port Wine Casks.